Why Doctors Recommend (and Do) CrossFit: Movement Is Life

“So this is 33,” I thought to myself as I shifted uncomfortably on my bed.

My back had inexplicably begun hurting a few days prior; now, I found myself unable to sit up without sending a bolt of fire zipping through my lower back.

It made no sense. I had done nothing to injure myself. In fact, I’d spent most of the previous week in bed, listlessly scrolling through social media.

Certainly, I was rested enough.

I paused, staring up at my bedroom’s popcorn ceiling.

Was I, in fact, too well rested? 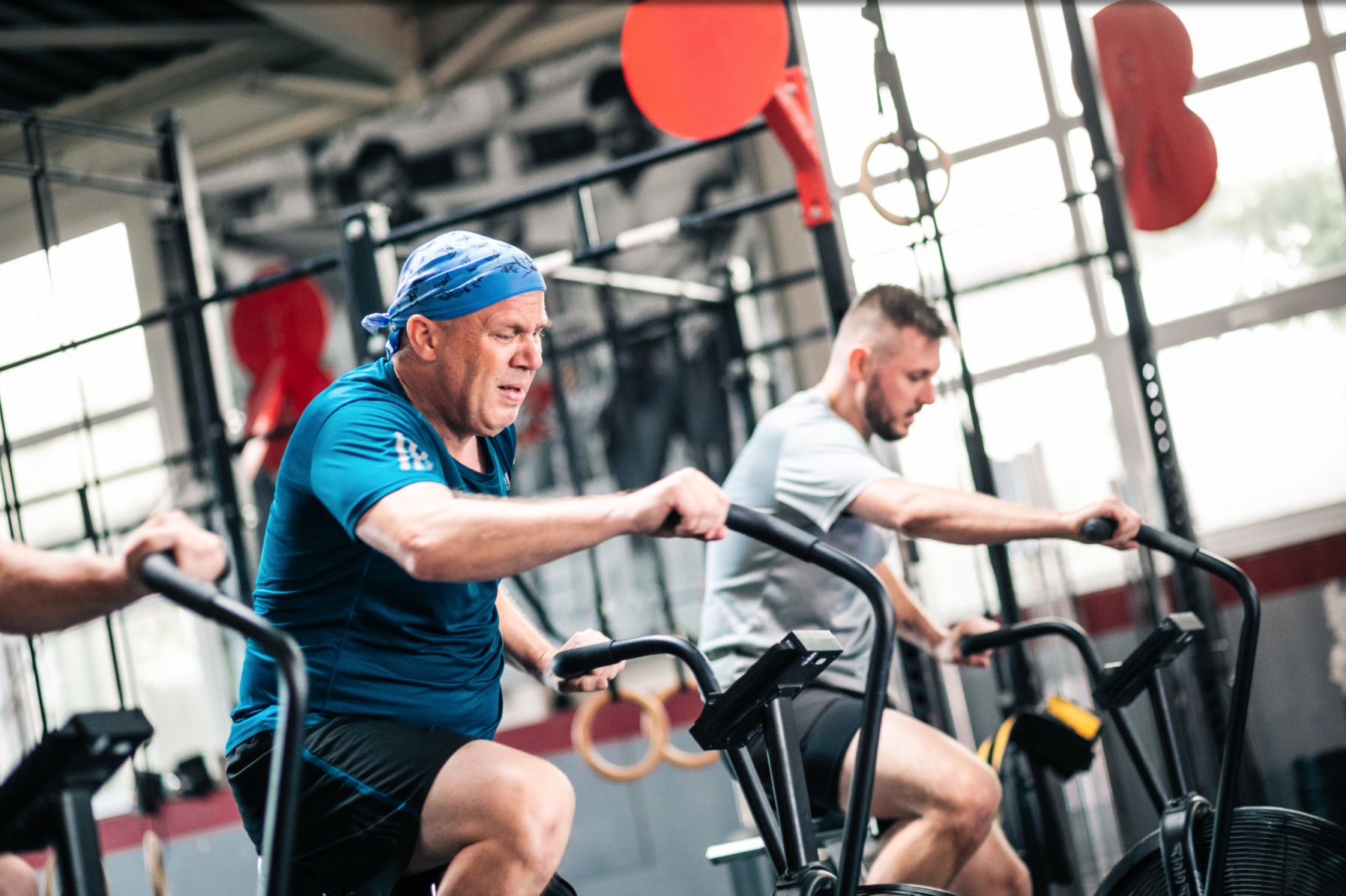 “The Keys to Movement and Life” 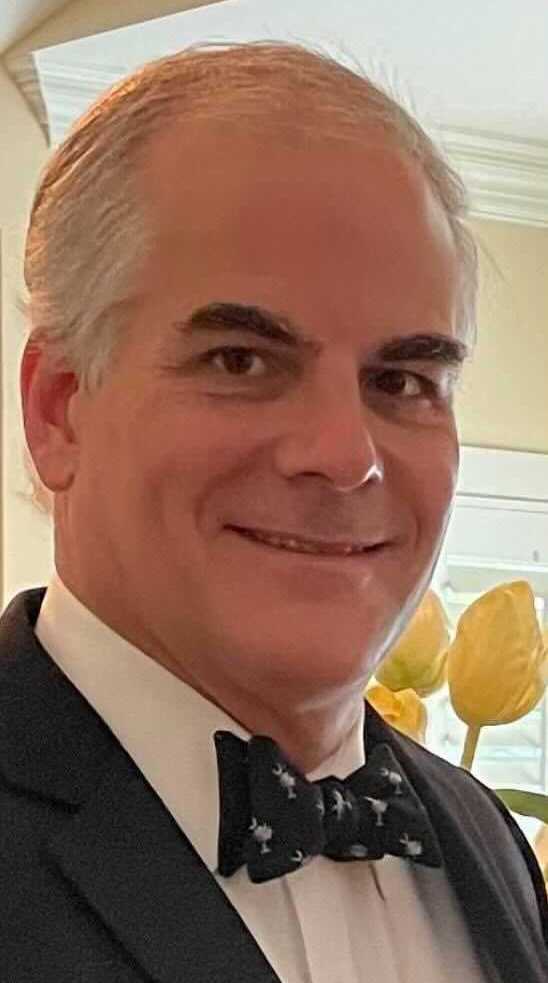 In a world where we can go almost anywhere and get almost anything at the touch of a button, it’s easy to forget that movement isn’t merely a lifestyle choice, and exercise isn’t just for the fitness fanatics.

You may be able to summon dinner and a ride with a few taps on your phone, but who are you gonna call when you can’t get off the can?

“A person who cannot squat, for instance, cannot get off a toilet; cannot get out of a chair,” said Dr. Stephen Luther, a board-certified primary-care doctor of more than 25 years.

Despite his decades-long career in health care, about four years ago, he was handed a disheartening diagnosis of his own.

“I was confronted with the reality that I was metabolically unhealthy,” he said. “I was overweight, my blood pressure required medication, I was on cholesterol medication, and my blood sugar was high.”

After a short period of time doing CrossFit training four times per week, Luther was off all medications and measured in at the lowest body-fat percentage of his life.

Spurred on by his personal success, Luther became a CrossFit Level 1 coach. Now, he preaches the benefits of functional movements — such as the squat and press — to his athletes and patients alike. 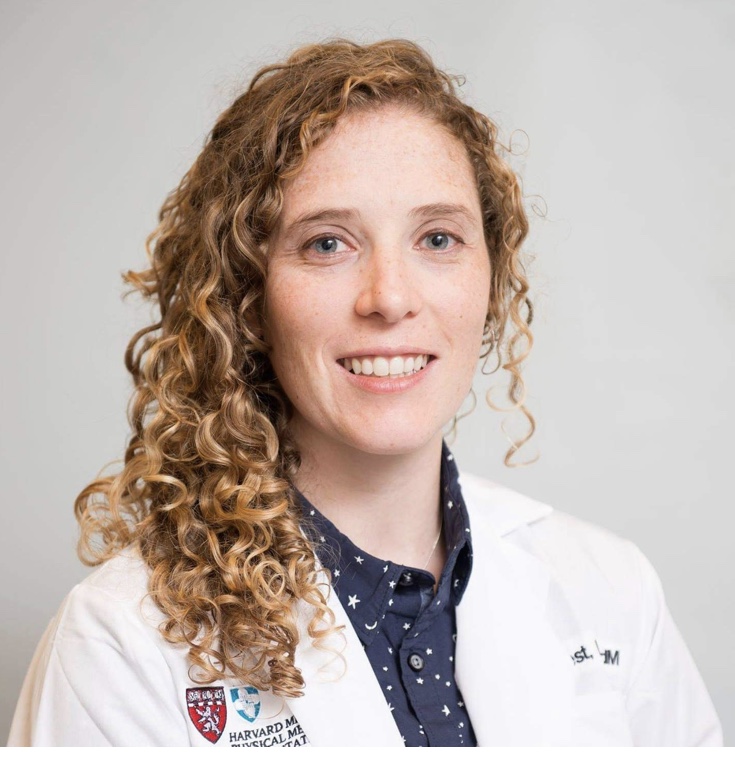 “If a human being is unable to mechanically perform these movements, they’re headed for assisted living,” he said.

“Everyone in their daily life has to perform functional movements,” she said. “So therefore, functional fitness is for everybody. … CrossFit essentially offers a way to train those movements.”

The correlation between movement and longevity has been shown again and again. One review puts the risk of death at 30-35% lower for physically active people than for the inactive (1).

But we’re not just talking about life and death; regular movement is also critical for maintaining a high quality of life.

Dr. Sean Rockett, an orthopedic surgeon, used to suffer from chronic back and neck pain.

“I found that strengthening my back helped make a difference,” he said. “Strengthening and (increasing) range of motion are really the keys to movement and life.” 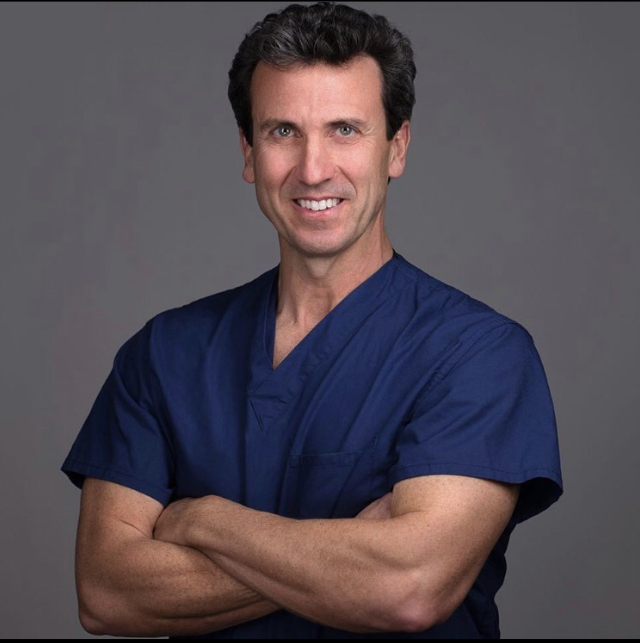 It’s a phenomenon he’s found rings true with his patients, too. Rather than immediately prescribing surgery for patients suffering hip, knee, or rotator-cuff pain, he’ll suggest they strengthen the surrounding muscles first.

“They (avoid) surgery because they strengthen their body parts,” he said.

The reason Rockett’s injured patients improved with activity while I seemed only to worsen the more I rested is simple.

Activity increases the strength and density of bone, skeletal muscle, cartilage, and fibrous tissue while simultaneously promoting repair and healing at the site of injury.

In other words, you snooze, you lose.

OK, you say. You get it. Movement is important. But isn’t the occasional walk around the block enough? 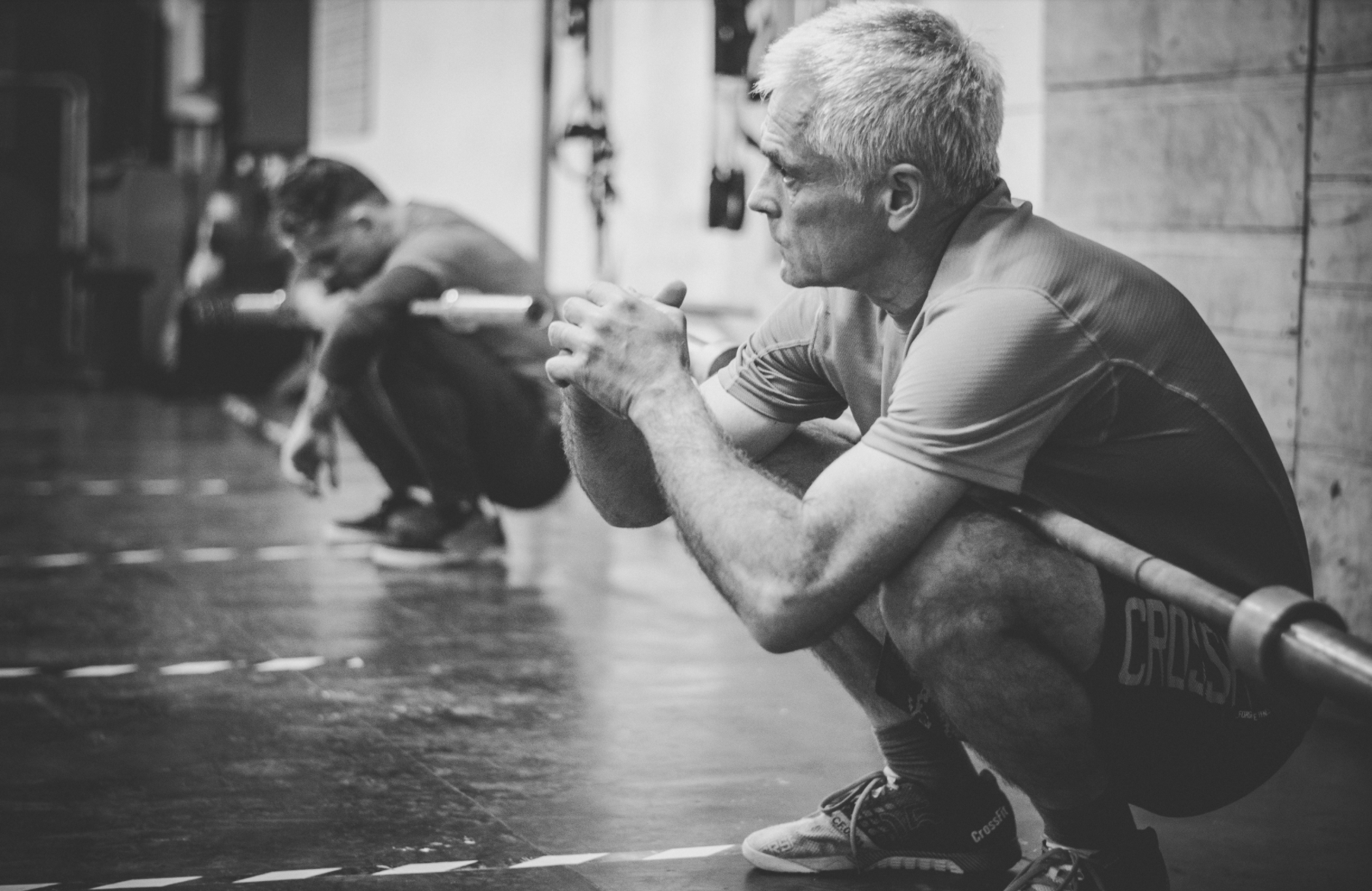 It’s better than nothing, but it’s not enough. Consider falls.

Falls are the leading cause of injury-related death among adults age 65 and older, according to the Centers for Disease Control and Prevention.

“People have asked me ‘Why does Grandma need to know how to do a snatch?’” said West. “And it’s like, well, maybe she doesn’t need to know how to snatch a lot of weight over her head. But she does need to have the neuromuscular control and the strength to hold herself up in case something gets in her way or something falls out of the cupboard. She needs to be able to get across the street quickly. She doesn’t necessarily need to be able to sprint 400 meters, but she needs to move from point A to point B quickly.”

“If you can’t push if you fall down, you can’t push yourself off the ground — all those are essential human body movements,” he said. “Whether you’re a toddler or you are very advanced in age — or even an Olympic athlete — everybody must mechanically do these movements.” 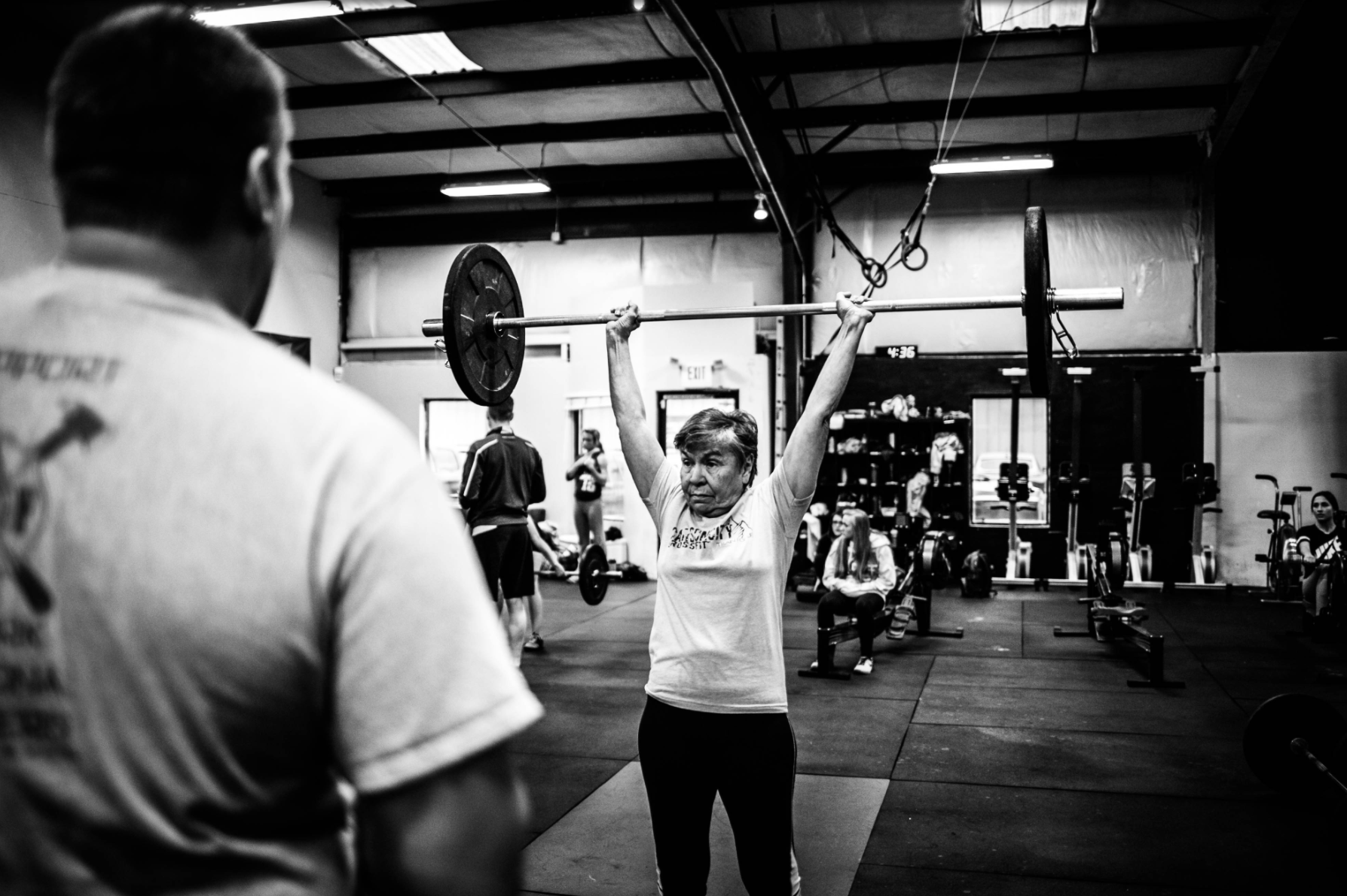 After a couple days of stubbornly trying to wait out my mysterious back pain, I relented and went to the gym.

I don’t remember much about the workout; only that I was keenly aware of every muscle fiber as I bent to pick up weights, chalk my hands, or grab a swig from my water bottle.

But I remember the next day even less — because it was ordinary and pain free.

“CrossFit is about how to move in life,” Rockett said. “It’s how you move, how you get up, how you function in life, and how to do it better. And if you’re stronger, you can do these things better.”